I did my first run today in what seems like forever when it was actually about 3 weeks. It felt good to be back on the road. There’s that feeling that takes over when you do start your running routine. The changing of the bra. The pulling on of tights and shirt. Sorting out the playlist. And finally, lacing up the shoes. That’s what does it for me. It is the last thing I do before I leave the house. And it always brings a smile to my face.
My first run in 3 weeks. It was a scary thing. You know when you put something off because it’s going to hurt, or you think it will be too hard. Well I was worried about how my fitness level would have dropped. And how my knee would be feeling. It has been complaining on and off for the whole time.
As I’ve mentioned before, I love running and if I have to I will run with a compression brace. Today I was in the chemist and hunted out, (with the help of the Rep who was doing her order) the right pieces to help me with my predicament.
For my ankle I have a funky shoe type brace which laces up like a boot (with no heel) and the bands go around my instep for stability with a nice thick one around my ankle. I usually wear ankle socks but will have to wear something a little longer so the band doesn’t cut into my skin.
Thermoskin Ankle Brace, figure 8 strapping for sports use.

The knee piece is also a Thermoskin. Elastic support and compression with side stabilisers.

My whole leg felt rather chunky and heavy as I started off, settling down after by the first kilometre. I planned on doing my short 3.4km route and if I felt good enough to go a bit further (probably doubling the distance). Well, you know what they say about the best laid plans. I decided after such a long break and not wanting to push it too far that the short run would be it. And then surprised myself. As I do constantly really. Twenty two minutes. I always seem to be happy with this sort of result, even though I’m able to do 5k in 28mins, go figure.

A good stretch session after a small arm and abs workout and I’m feeling alright. The knee is still twinging, though not unbearable as it might be otherwise.
I will be organising another trip to the Chiropractor, seeing what he says about it and maybe using the braces as a permanent fixture. Until then I will push to my limits, not wanting to damage the knee, and keep my activity at a regular pace. 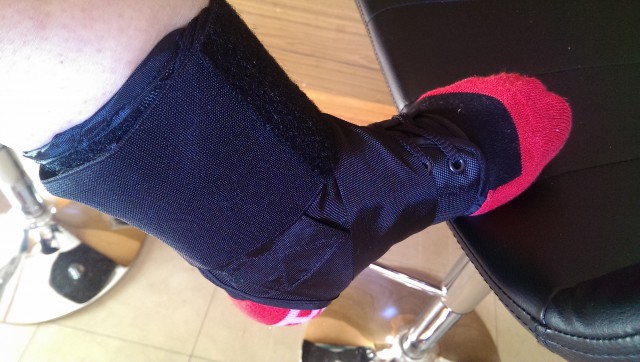 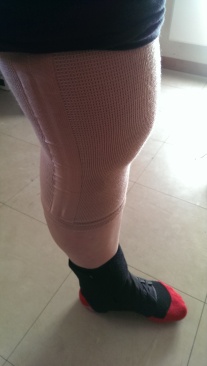 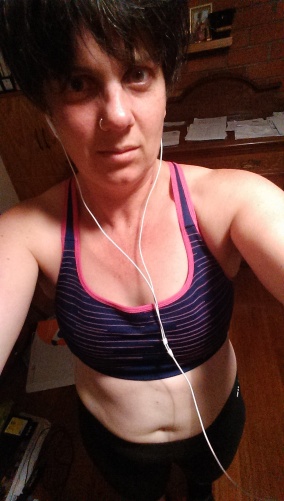 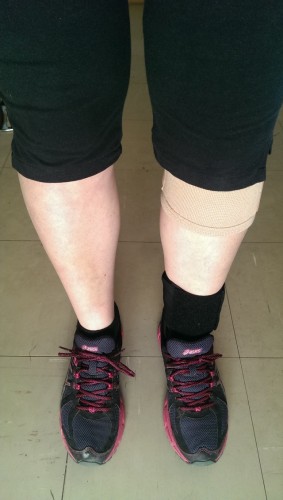 And today’s inspiring quote and picture 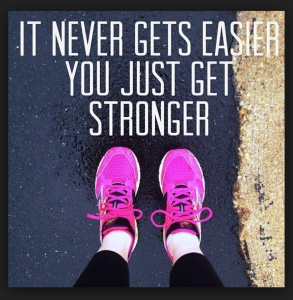